Tuesday games for May 5 on as scheduled

Thursday games for May 7 on as scheduled Senior softball for men [ages 50+] became the brainchild and initial concept of two residents and former ballplayers of Harford County in 1992, Mike Alexander and Ray Fisher, with the latter eventually assuming the leadership role and becoming an integral force in the formation of the new league,

That year the league held its first tryouts and a draft to enlist senior softball players from the County. Initially there were just four teams, evolving ultimately to eight within a few short years that played on Thursday evenings on the ball fields of Magnolia Middle School.

While the league has always welcomed and invited new players annually to participate, as a means of recruitment and development, the organization individually allowed ballplayers in their late 40’s to compete in order to promote a long-standing foundation and bright future for Harford County Senior Softball.

League parity then became the next charge for Ray Fisher and the player committee. Thus, five years later, the league held its second player tryouts and draft with the then current team managers assessing the fresh crop of talent. New and “younger” ballplayers from Harford County and beyond helped make the league even more competitive than it already was, infusing the league with newfound power and skills.

Eventfully, Ray Fisher and the Executive Committee made the decision to recruit the [45-49] year-old set; interspersing the league with a fertile and new, talent-laden base while making trades of current players to other teams, consequently creating a competitive balance. It soon became apparent that it was now time to expand the league to a second night [Tuesday] of softball fun!

Due to the untimely death of President Ray Fisher in August of 2015 and as a testimonial to his leadership and tireless efforts over the many years, the group was officially renamed the "Ray Fisher Senior Softball League". Mike Laird was then elected to serve as its next President initiating in the 2016 season. 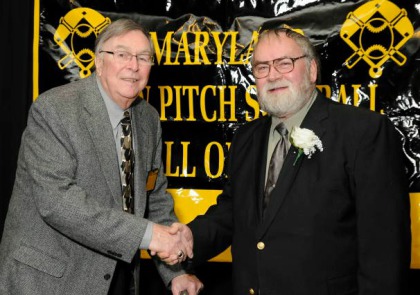 On March 14, 2015 Raymond A. Fisher [right] was inducted into the Maryland Slow Pitch Softball Association Hall of Fame as an Administrator. Ray was admitted for his over 40 years of exemplary service to Joppatowne Recreational Council as a dedicated volunteer administrator, field maintenance supervisor, umpire, coach and player. 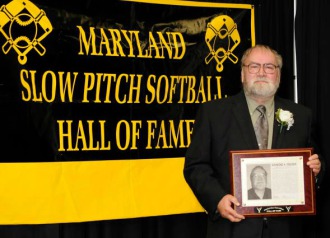 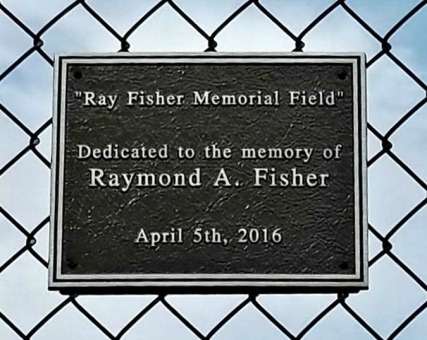 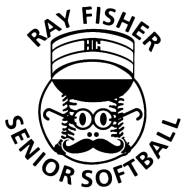 As the Harford County Senior Softball league opens its next season, once again it is time to share the words of the character, Terrance Mann [James Earl Jones], from the 1989 film, Field of Dreams. This rendition, a parody with some artistic license, as indicated in underlined italics and dedicated to our founder, the late Ray Fisher:

“Ray, people will play, Ray. They'll play in Joppa, Maryland for reasons they can't even fathom. They'll turn up the school driveway, not knowing for sure why they're doing it. They'll arrive at the ball field as innocent as children, longing for the past.

'Of course, we won't mind if you sign up,' you'll say. 'It's only $80 per player.' They'll pass over the money without even thinking about it. For it is money they have and peace they lack. And they'll jog out to the ballfield, and play in sponsored shirt-sleeves on a perfect Tuesday

or Thursday afternoon. They'll find their names in the lineup somewhere along the one of the baselines, where they played when they were children and cheered their heroes. And they'll play the game, and it'll be as if they'd dipped themselves in magic waters.The memories will be so thick, they'll have to brush them away from their faces.

People will play, Ray. The one constant through all the years, Ray, has been softball. America has rolled by like an army of steamrollers. It's been erased like a blackboard, rebuilt and erased again. But softball has marked the time. This field, this game -- it's a part of our past, Ray. It reminds us of all that once was good, and it could be again. Ohhhhhhhh, people will play, Ray. People will most definitely play.”

As a part of fostering community relations through public outreach, the league took part in the Harford County Senior Resource Fair at the McFaul Activity Center from 8:30 AM to 12:00 PM on June 13. 2017. Frederick Bianco, Communications & Marketing Director, acted as the league’s representative meeting many Harford County residents which served to gain exposure and increase awareness of senior softball. 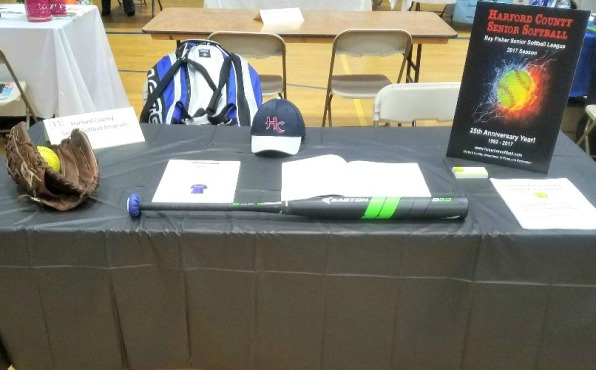